The Little League® Tee Ball Curriculum is a 10-week plan that features structured learning highlighted by one practice and one game per week. Over the course of the season, coaches and parents will engage in a series of lessons utilizing up to 40 activities that include skills, drills and plenty of physical activity. Below are drills that can help you implement a successful Tee Ball Program. 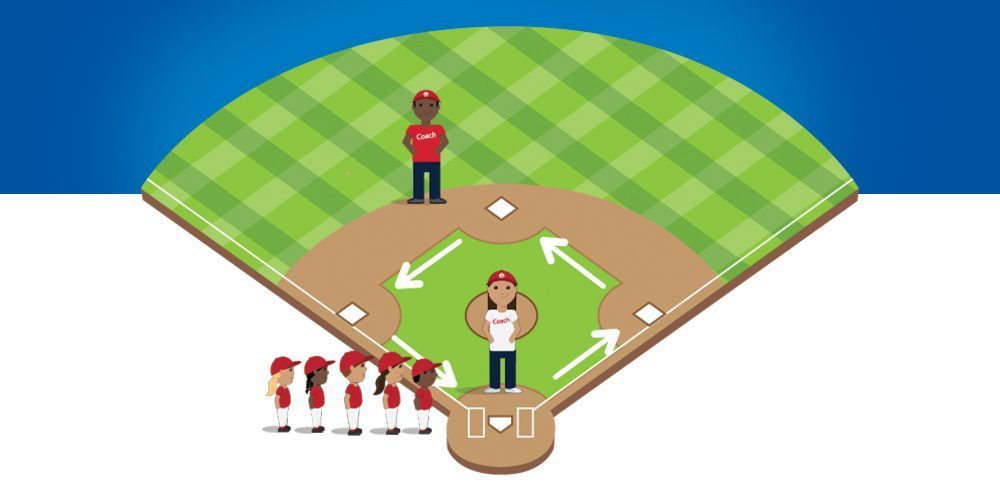 Starting at home plate, everyone jogs to first, second, third, and home following the coach calling out the bases as they go.
READ MORE 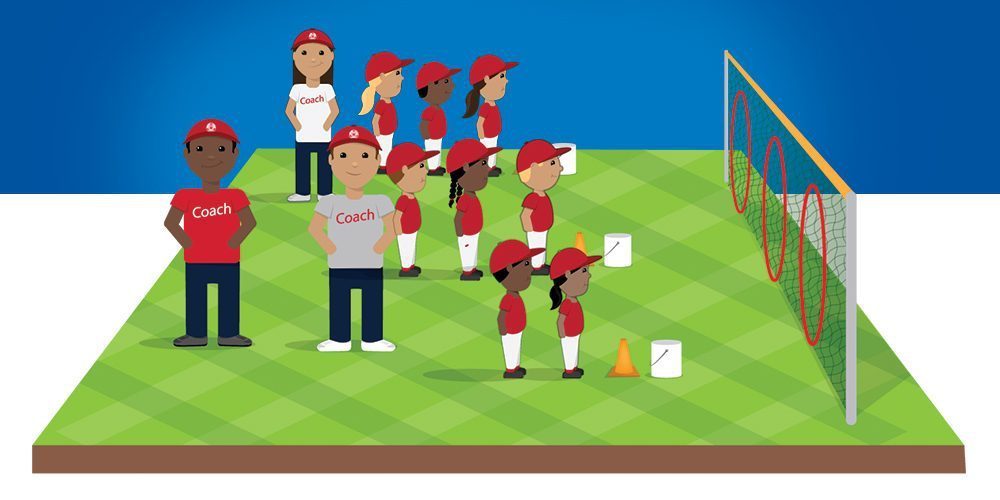 Players are grouped into teams. On “go” the first player from each team begins by trying to throw their ball through or into the hoop.
READ MORE 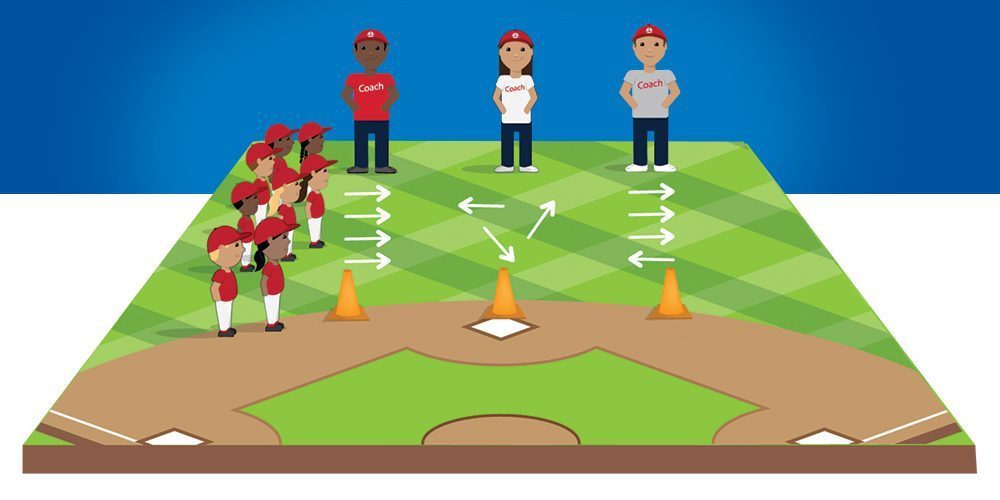 Take players into the outfield to explain/demonstrate the game. Have a cone set in right, center, and left field.
READ MORE 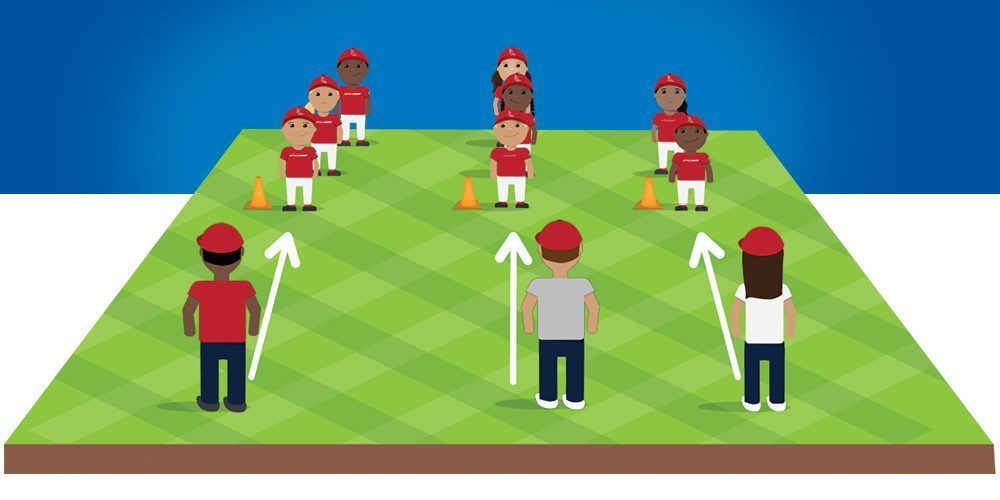 Have players line up behind a cone. Demonstrate using two hands how to “scoop up” a ball.
READ MORE 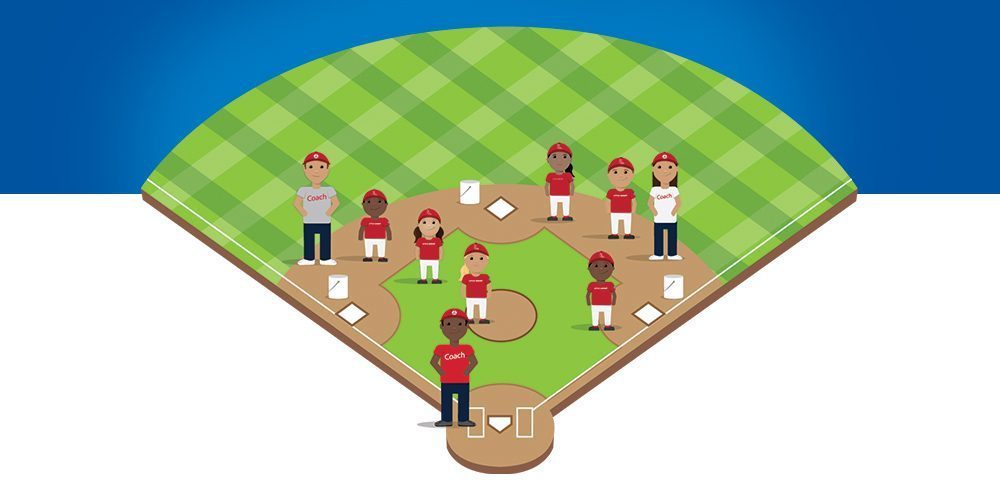 Spread the players out in the field. Designate one player that the rest of the team must get the ball to.
READ MORE 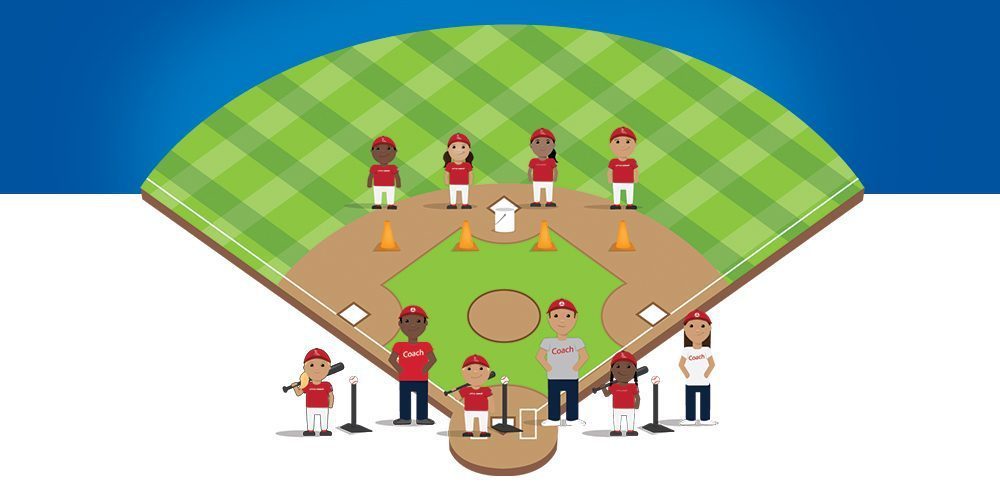 Separate players into two groups. Send half out into the field behind a line of cones and the other half to home plate.
READ MORE 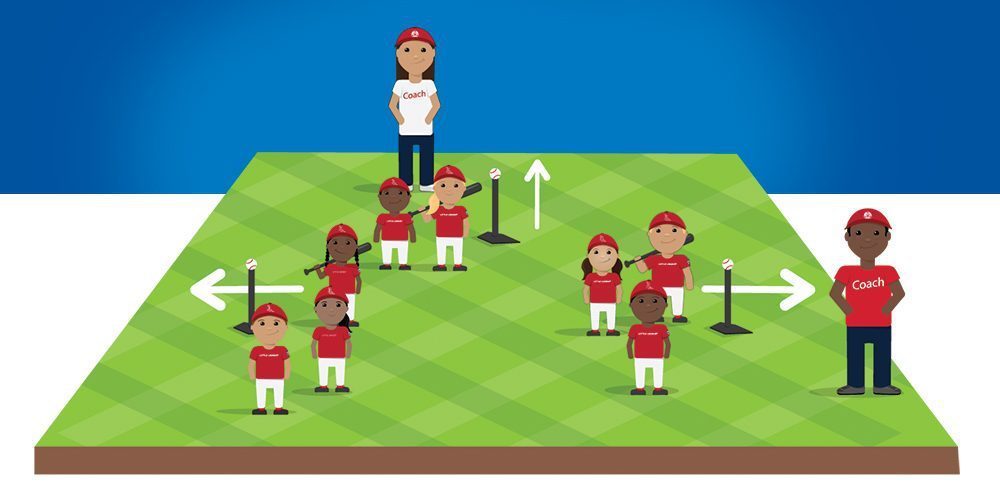 Break the players into 3 or 4 groups. Have them stand behind a tee and take turns swinging.
READ MORE 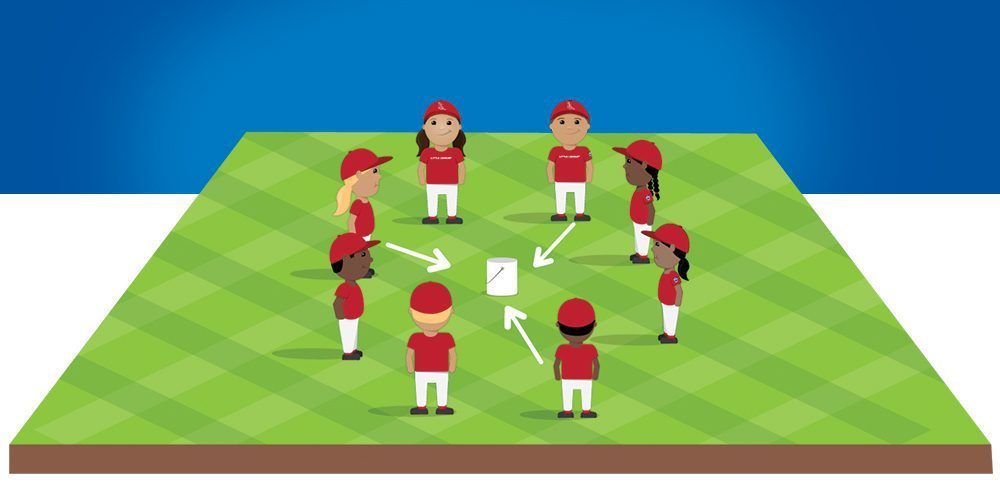 Have players create a giant circle. Go around the circle and have each player take a turn to throw their ball at a bucket.
READ MORE 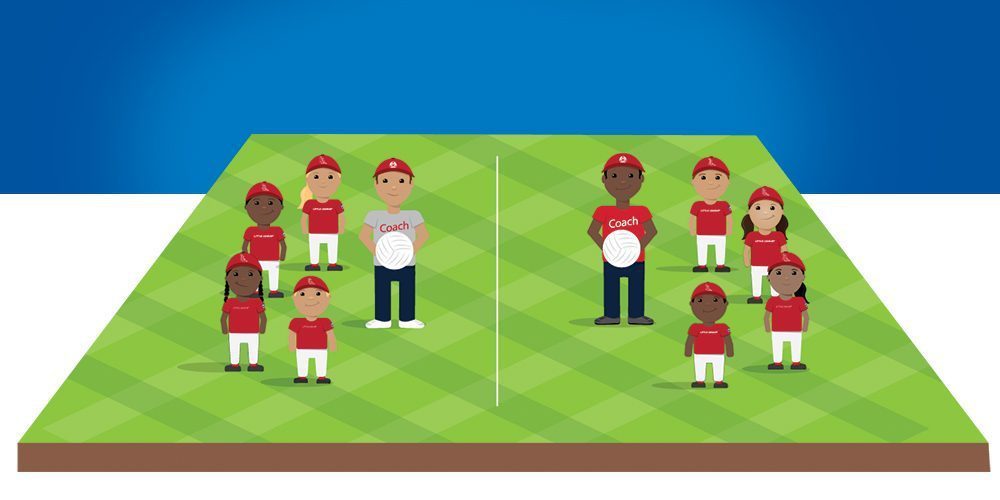 In each group make a circle. Hit the beach ball to a player who should try to hit it up in the air and keep it in the circle.
READ MORE 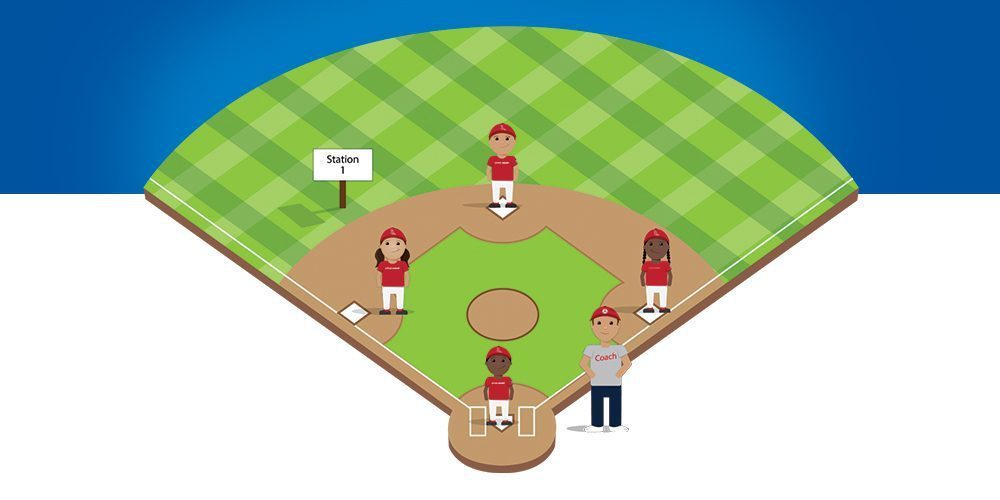 Have the players run around the bases one at a time calling out the bases as they go.
READ MORE 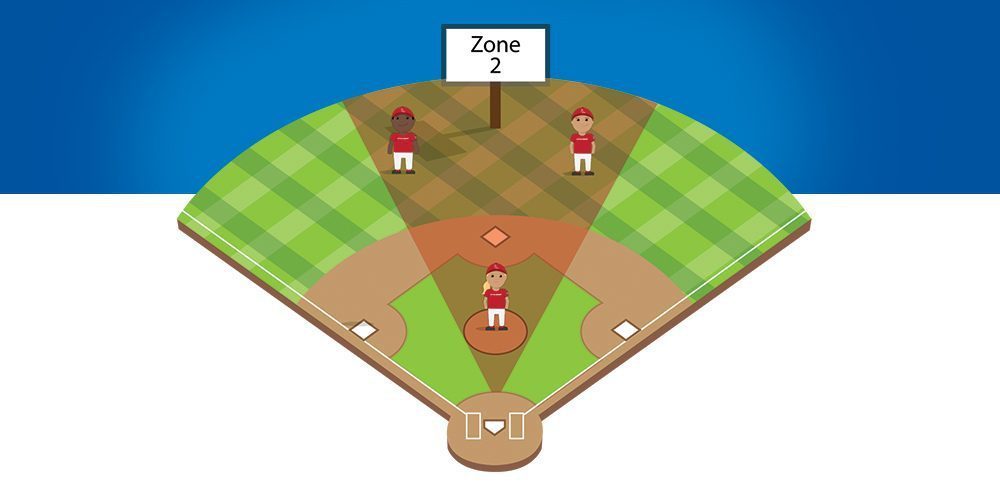 Rotating players during the inning on defense is a great way to keep them engaged.
READ MORE

Working With Other Youth Organizations to Support Your Little League® Program